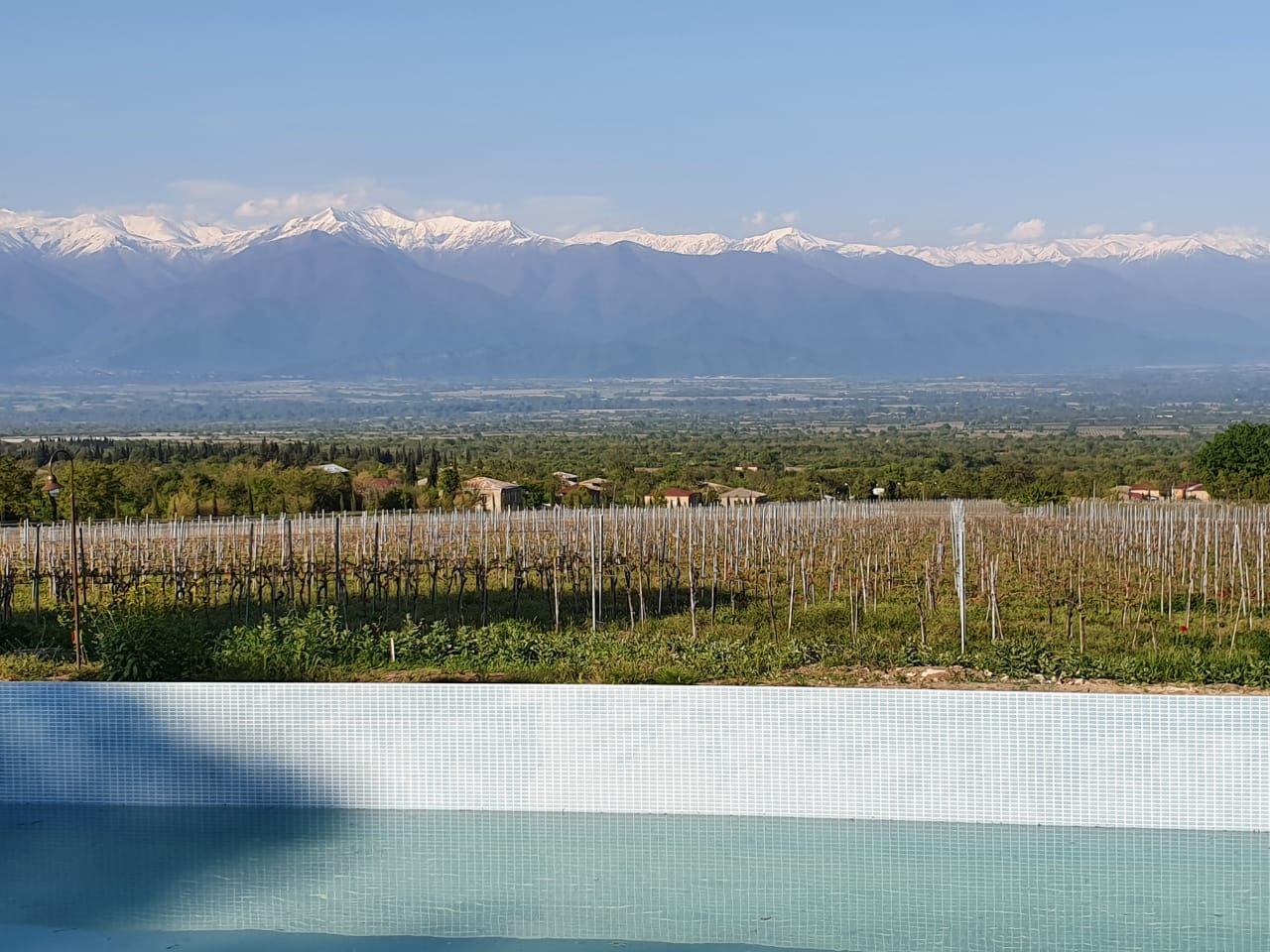 Above the Gombori ridge, a historic palace is surrounded by vineyards on the edge of the village of Vazisubani in Kakheti. In the early 19th century, the Vazisubani estate was developed by a young aristocrat called Sulkhan Chavchavadze. Throughout the centuries, the Vazisubani people and the grapevines protected each other. Chavchavadze helped establish several schools in Kakheti, as well as laying out railway lines and a number of national charities. Chavchavadze was also passionate about wine and wine-making. He extended the estate so that he had approximately 20 hectares of vineyards and thirty large qvevri to ferment his grapes.

The estate passed through a number of generations up to the early twentieth century. Then, as a result of large family debt, it was taken over by the state. For the next ninety years, the Vazisubani estate fell into oblivion, until 2011 when the magic began to return. The current owners set about restoring the palace and vineyards to their original state. Crucially, the wonderful qvevris were still intact and so the team began to make their own traditional Georgian wine. 130 years after these wines were last made, qvevri wines such as Saperavi, Kakhuri Mtsvane, and Khikhvi were once again fermenting in the qvevri of Sulkhan Chavchavadze’s wine cellar.

Georgian Sun is produced with grapes grown on the Vazisubani estate. The name is inspired by the solar phenomenon, which is an integral part of Georgian culture and is featured as the dori character in the Georgian alphabet. Georgian Sun boasts its roots in one of the most impressive regions of Georgian viticulture and winemaking; sun-soaked Kakheti. The sun has always been an integral part of Georgian culture and the symbol of the sun is one of seven ideograms that make up the Georgian alphabet. The wines themselves deliver a taste profile that is a combination of traditional Georgian and modern European vinification techniques. True Georgian wine characteristics with a modern twist.

The current winemaker of Vazisubani Estate is world famous Lado Uzunashvili, a professional who has been working with Georgian wine since 1987. Wines that have been created by him have won more than 150 golden medals at various global contests.