From Georgia to Lebanon: Exploring the Best Wines of the Ancient World

Written by Chad Parkhill of The Guardian

Wine production in Georgia dates back to around 6000BC – and the wines from the region have become a fixture on trendy wine lists around the world.

The world of wine is vast – literally. Vitis vinifera, the plant species whose berries form the basis of wine, can grow as far north as southern Sweden and as far south as the bottom half of New Zealand’s south island, and crops up in a surprising number of places in between.

Yet most wine drinkers, and many wine professionals, somewhat crudely divide the wine world into just two parts. There’s the “old world”, which usually encompasses France, Italy, Germany, Spain and, if you’re feeling a little adventurous, Portugal and Austria; and the “new world”, which covers the United States, South America (especially Argentina and Chile), Australia, New Zealand and South Africa.

But dividing the wine world into the “old” and the “new” can blind us to the joys of wine from places that don’t quite fit the mould, especially those places that I like to call the “old-old world”, which have a very long history of winemaking, yet are considered marginal both in terms of production quantity and prestige.

Of course, just because you can grow grapes somewhere doesn’t mean that the area is especially suited to wine production, as anyone who has consumed Balinese wines can attest. By the same token, though, the conditions for good viticulture do not abruptly cease 50km east of Vienna or at the northern shores of the Mediterranean – and the countries of the old-old world are producing some wonderful wines that are very much worth tracking down.

Here’s a primer to some of the more marginal regions that produce great wines and are often overlooked, – although there are plenty more – including Greece, Croatia, Slovenia, and the Czech Republic – that are equally deserving of your attention.

Georgia, the Caucasus and the Black Sea

When it comes to the old-old world, Georgia is king, both in terms of age and trendiness. Research published in late 2017 dates wine production in Georgia’s Gadachrili Gora site back to around 6000 BC – the earliest known evidence of winemaking of any sort.

At the same time, Georgian wines have recently become a fixture on forward-thinking wine lists, and woe betide the sommelier who can’t tell their rkatsiteli from their saperavi (the most important Georgian white and red grape varieties, respectively). It’s precisely the rich sense of history that comes across with every sip of Georgian wines that makes the country so appealing to wine nerds.

The very best examples are often made with unusual techniques and equipment – such as the practice of keeping the skins of white wines in contact with the fermenting juice for extra tannins and texture, or the use of qvevri: giant ceramic fermentation and storage vessels that are traditionally buried up to their necks in the cellar.

This is an extract – the full article is available here 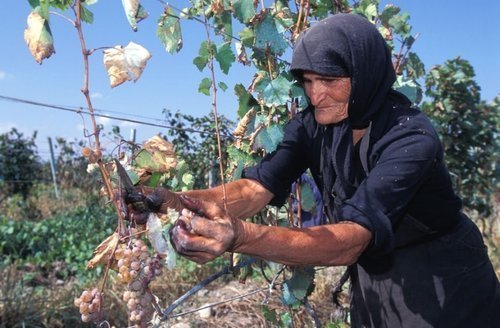