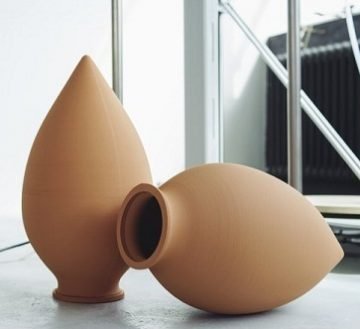 Have you ever thought about how wine is made? So here’s a top-of-the-mind checklist: grapes, fermentation…there’s also got to be people performing the harvest dance over the grapes, or some modern machinery taking the juice out of the fruit right? Perhaps not…

While the procedure can indeed include all these items, that’s not how wine was made in Georgia 8,000 years ago. Alongside its deep-rooted history, Georgia has a wine-making culture embedded in its peoples’ very identity. In fact, Georgia is the birthplace of wine-making. Archaeologists discoveries near 10,000 year old Neolithic pottery that contained grape pips in Georgia. These vessels, also referred to as “qvevri”, are protected by UNESCO as a world heritage not only because of their cultural value but also because the technical benefits they bring to the table. Enough being said, we will aim to answer some questions you might have about qvevri for the rest of this post. Let’s go!

#1 How does it work really?

The fruit is only slightly crushed before going into the qvevri, at which point fermentation begins in the following 3 days or so. After 2 to 4 weeks, the fermentation process is completed, and the cap -a thick layer of skins and stems- separates itself from the liquid of wine. Wine-makers, who would like the wine to embrace the colour, texture and flavour the wine needs, begin the “punch-down” process to reintegrate the cap with the wine. The cap eventually falls, whereupon reds are removed from the skin and stems layers, and whites can be left on them. At this point, a stone lid covers the qvevri to allow only small amounts of oxygen in, to turn malic-acid (which is tart) into smoother lactic-acid. Finally, the wine is left to mature for around 6 months and then transferred into a fresh and clean qvevri. All prepared for bottling now!

Burying large clay vessels began when people of ancient Georgia craved for more wine. The relevantly smaller clay pots didn’t meet demand!. Hence, wine-makers had to create larger clay pots to enable increased production. There was only one problem though; the shape of the gigantic clay structures caused unevenness, the heaviness of the pots causing instability. What to do? Instead of leaving the clay out in the open, the firmness of the soil underground supported the clay structures weight. Oh, and…by doing so they also implemented an archaic method of refrigeration!

#3 For how long can the qvevri be used?

It depends on how well one can maintain them! Once underground, if the vessel is sanitised and kept properly, then they can be used for centuries. Washing qvevri is so important that there ‘qvevri washers’ working in Georgia! They use lime-water or ash-water to clean out the qvevri before applying a layer of melted bees’ wax. The wax gives the qvevri a natural antiseptic capability during fermentation. This process is so important that one bad wash can result in the total loss of a qvevri.

#4 Who decided the shape of Qvevri?

Looking at a qvevri, you will see a large clay pot: pure terra cotta and red clay with a capacity to contain up to 10,000 litres of liquid. “Why?” is very clear too, for storage and fermentation. But why this shape? Because it is designed to mirror women’s’ biological cycles! Ancient Georgians thought the best of wine is born out of the soil, which starts to explain the womb-like shaping of the vessels. It is said that the winemaker didn’t perceive himself as the maker of the beverage, but a helper of the soil to “give birth” to its best wine. This is perfectly understandable considering the importance of fertility for the Neolithic human.

#5 What difference does it make?

White qvevri wine turns out to be much more orange (or amber). The fermentation process includes high contact of skin, which results in a gorgeous amber-honey colour of wines. It is said that red qvevri wine doesn’t have an identifiable difference, yet some classics such as Spareavi turn out with intense colour and texture identity. Qvevri wines are also known to contain strong aromas consisting of fruity and savoury notes, and intense tannins that are likely to result from the vessels porous complexion and the skin-contact fermentation.